View video
The National Final is on! Watch it LIVE below.
After selecting our Finalists over months of judged video submissions, the nation's Top 16 are battling it out at BSR.
Latest news

The Rip Curl GromSearch National Final presented by Banzai Bowls is officially ON! After multiple postponements, the stacked field of North America’s top 16 and under groms is ready to battle it out on the freshwater peaks of BSR Surf Resort.

Head to the Event Info Tab for more information.

After months of waiting, a nerve-racking digital qualifying round and multiple postponements - the Rip Curl GromSearch National Final is on! LIVE from the freshwater peaks of the BSR Surf Resort.

The event will consist of four epic events:

For all the marbles. The nations top sixteen surfers will battle it out on BSR’s signature contest wave. These four age groups were chosen from four different regions of the US through a grueling clip submission competition. They’re battling for the coveted Rip Curl GromSearch National Final trophy and a trip to the International Final.

This event is a much-watch. Four elite aerialists will go head-to-head to stomp their best on BSR’s biggest ramps. This session will be non-stop action and show where the nation’s best aerialists are taking the progression of surfing. Plus, who doesn’t love a backflip.

Tube-hounds, this one’s for you. Hand picked by the judging panel for providing clips providing their barrel prowess, these six competitors will take on the custom ‘GromBomb’ wave. How deep it goes, no one knows.

A free-for-all for the purists. Lead judge Mason Ho will host a Softech-only expression session - guaranteed to be full of laughs and a few moves never before seen on the peaks of BSR.

Make sure you don’t miss a moment by checking out the Event Schedule below. Have a certain surfer or heat you want to watch? Scroll below for the Draw Schedule for the entire event. 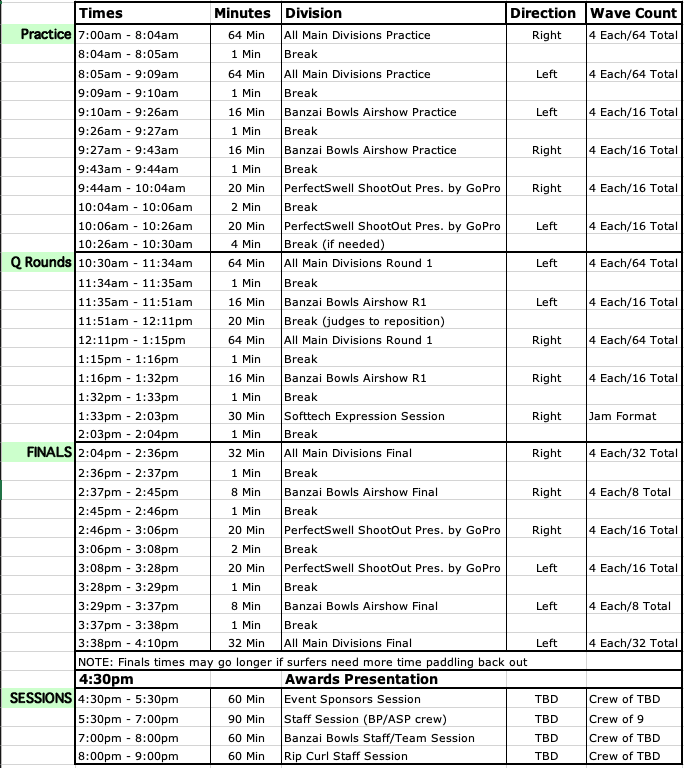 Qualifying Round | Final Round | Airshow | Shootout

Be sure to keep up with all the behind-the-scenes and live action from the National Final on Instagram with @ripcurl_usa.

The Rip Curl GromSearch Season and National Final would not be possible without the support of our amazing partners; Banzai Bowls, BSR Surf Resort, PerfectSwell, GoPro, FCS, Softech, …Lost Surfboards, and Flexfit.

PerfectSwell Shoot Out pres. by GoPro:

Currently in its 21st year running, the Rip Curl GromSearch series has been a great stepping stone for the recent champions of our sport.

The GromSearch series gives kids 16-and-under the opportunity to compete against the best surfers in the same age bracket from their country – and eventually, the world.

A global surf series, the winners of each regional National Final will be invited to compete in the GromSearch International Final, held in a different country each year.

This format not only provides these groms an insight into a life of competitive surfing but also gives them the invaluable experience of surfing and competing in different waves around the world. 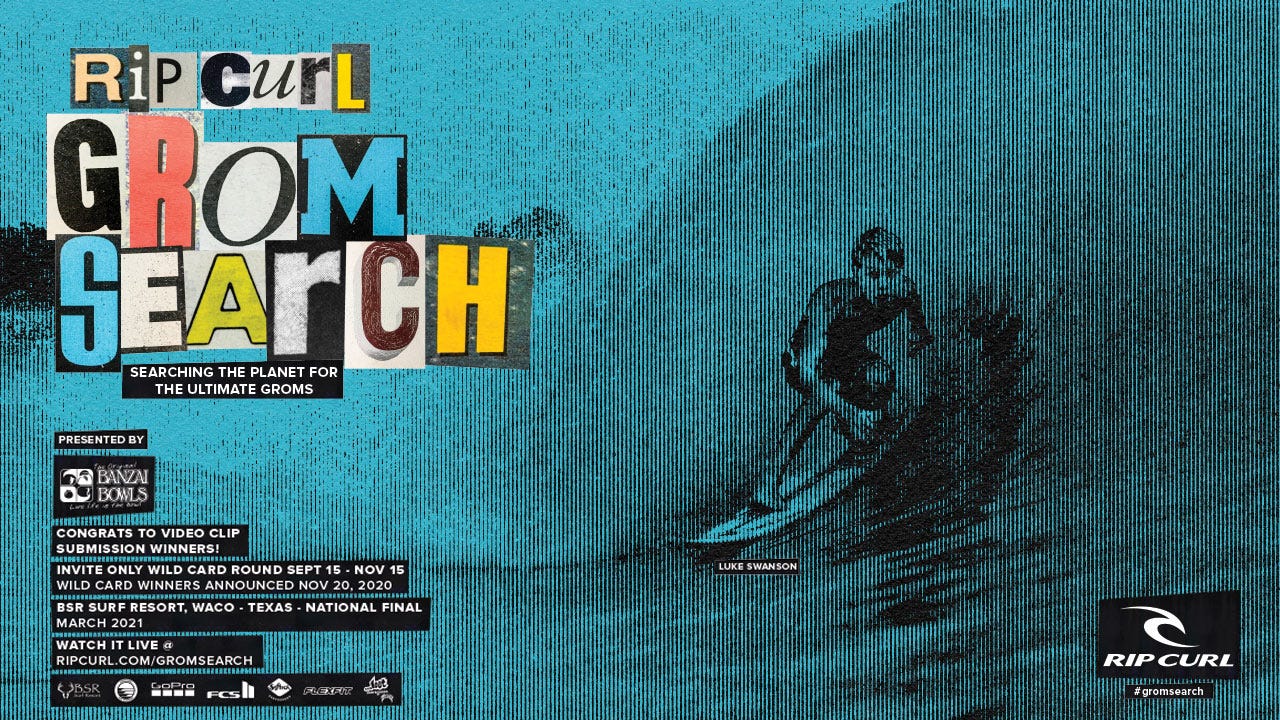