Gabriel Medina and Carissa Moore have been crowned the 2021 WSL World Champions to conclude dominant seasons for both of the No. 1 ranked surfers.

After a historic day of surfing at the inaugural Rip Curl WSL Finals, Gabriel Medina and Carissa Moore have been crowned the 2021 WSL World Champions to conclude dominant seasons for both of the No. 1 ranked surfers.

With all-time, six-to-eight-foot southern hemi bombs pouring through the Lower Trestles lineup with absolutely stellar, glassy, blue-bird conditions from start-to-finish, the performance of all of the WSL Final 5 surfers was inspired and elevated

For Moore, this marks her fifth World Title and a successful defense of her 2019 Title, effectively making this the first time in her already storied career that she's won back-to-back championships. It also caps off what may be one of the most successful seasons in the history of professional surfing which also saw her capture the first-ever Olympic gold medal for surfing.

This accomplishment puts Moore in an elite class of competitors, where she has become only the third woman in the sport's history to have earned five World Titles (Australians Layne Beachley and Stephanie Gilmore both have seven Titles to their names).

For Medina, this is his third World Title and puts him amongst some very heavy company. He joins surfers such as Tom Curren, Andy Irons and Mick Fanning

Heading into the Title Match, the 2021 World Championship was No. 1 seed Medina's lose. After a dominant regular season, the Brazilian goofyfoot just kept right on rolling at Lowers against rival Filipe Toledo.

He opened the best-out-of-three matchup by taking the first heat courtesy of the day's first 9-point ride. A tight heat, Medina ended up edging out Toledo by a mere 0.60 of a point with a 16.30 scoreline.

Medina then went into overdrive in the second heat of the Title Match. Stomping a backflip -- a freesurf move he unleashed on the internet just days ago -- the judges awarded him a 9.03 for sticking it in competition to put the heat well in his control.

About halfway through the Match things were forced to go on hold due to a shark in the lineup -- reportedly an eight-foot great white -- but Medina was able to pick right back up where he left off and held off a hard-charging Toledo -- who had multiple eight-point rides of his own -- to claim his third Title.

"I feel so happy. It is not everyday you accomplish your dream," Medina said afterwards. "It feels so good to dream. Every dream seems to be impossible until it is done ... I had this dream in my mind for a long time."


Taking the best-of-three Title Match format to the end, Weston-Webb showed up ready to surf in the first heat. After a warm-up win against Sally Fitzgibbons in the previous match, she was in perfect rhythm with the big southwest pulses rolling through the lineup.

Hammering her backhand with big critical hooks -- reminiscent of her performance at this season's Margaret River Pro, which she won -- she bettered opponent Moore by over a point with a 15.20 scoreline.

From there, however, it was game on for Moore during the second heat. After a break for the men's first heat of the Title Match, Riss came back swinging with an opening 8.93 ride, her highest of the matchup, then with Weston-Webb in combination for most of the heat, sealed the deal with her last wave, an 8.33.

The third heat of the Title Match was more well balanced for the 35 minutes of competition, even though the over two-point difference in scoreline tells a different story.

With time waning on the clock, Weston-Webb paddled into a gem of a right-hander needing a high-eight to turn the heat. After two spectacular and critical backhand hammers in what looked like a score-producing ride, she became unstuck from her board during the final, critical maneuver in what could have been a World Title-deciding wave.

The judges awarded Weston-Webb with a 6.17 and the cobblestone point went calm as Moore claimed her fifth victory in the water at Lower Trestles. 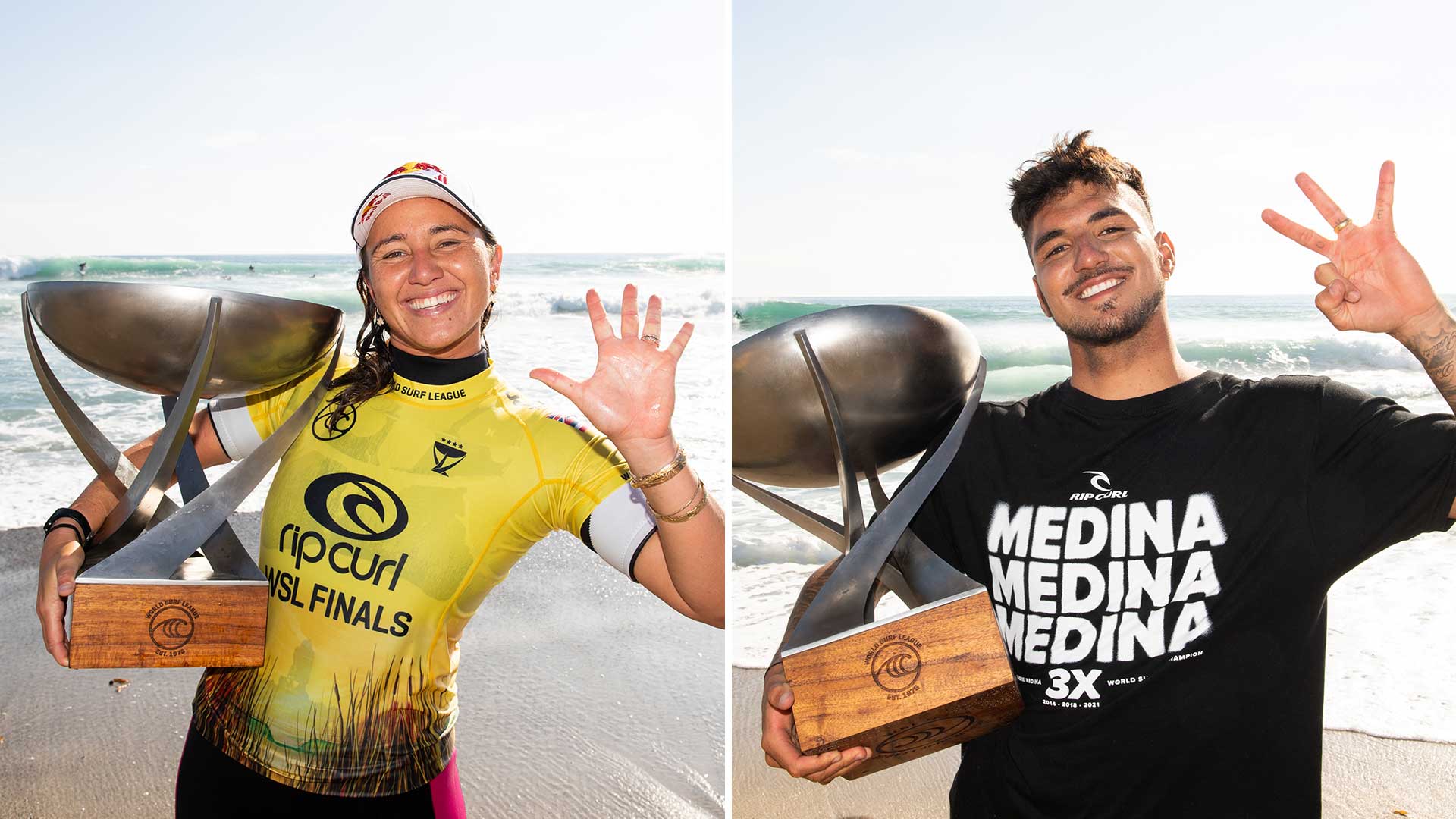