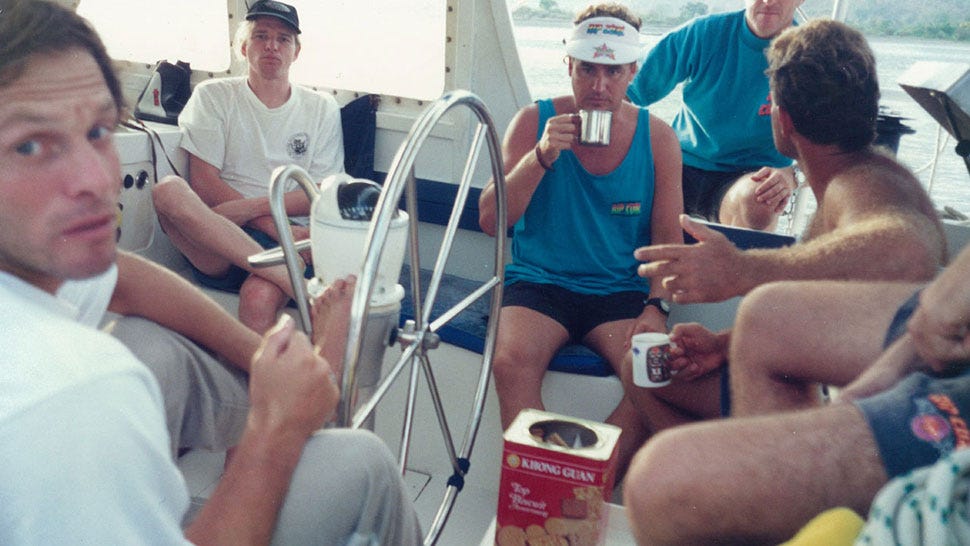 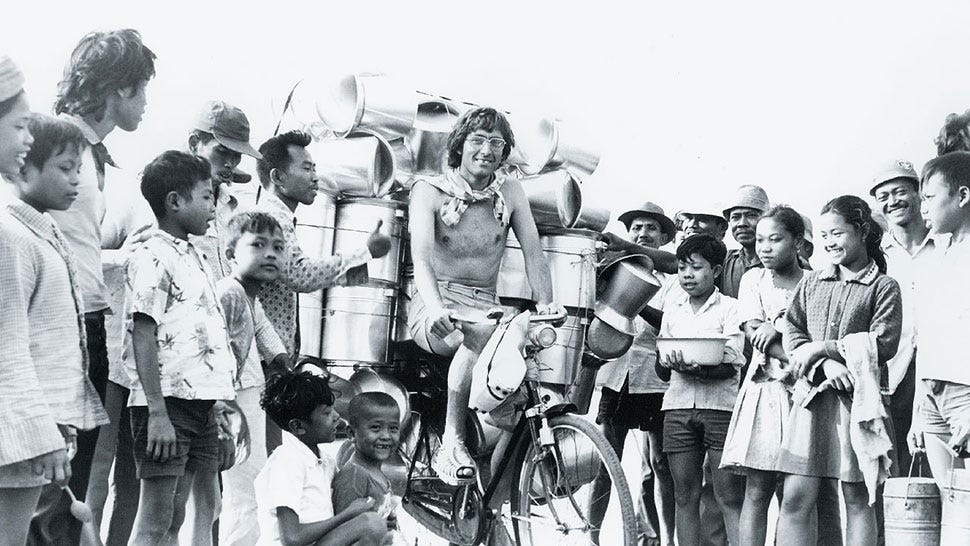 In the late ’80s, and with a vision for the company well established, Brian and Claw were trying to articulate what it meant to be part of Rip Curl.

“We were looking for a way to describe ourselves to surfers and customers which illustrated who we really were as a group of people,” said Brian. “How we had always been and how we wanted to continue to be at Rip Curl.”

In the short time since the company had formed in 1969, the world had changed. The ’60s flower power movement rejected post war consumerism and young people embarked on a revolution against the values of the older generation.

In 1967, surfboards shortened dramatically from over nine foot to eight foot and under. Bands like The Beatles and The Stones and magazines like Rolling Stone and Tracks reflected and even led the new attitudes.

The wave of social change suited surfers and encouraged many of them to live the life of travel and adventure. The ’70s was a decade that consolidated this new freedom, with many surfers moving out of the cities to live on farms, or in tree houses, with the defining movie of the era being Alby Falzon’s Morning of The Earth.

In 1973, The Bells Easter Rally became the Rip Curl Pro as even the hippies realised it was quite acceptable to express yourself in a contest and earn a few dollars for the after party! 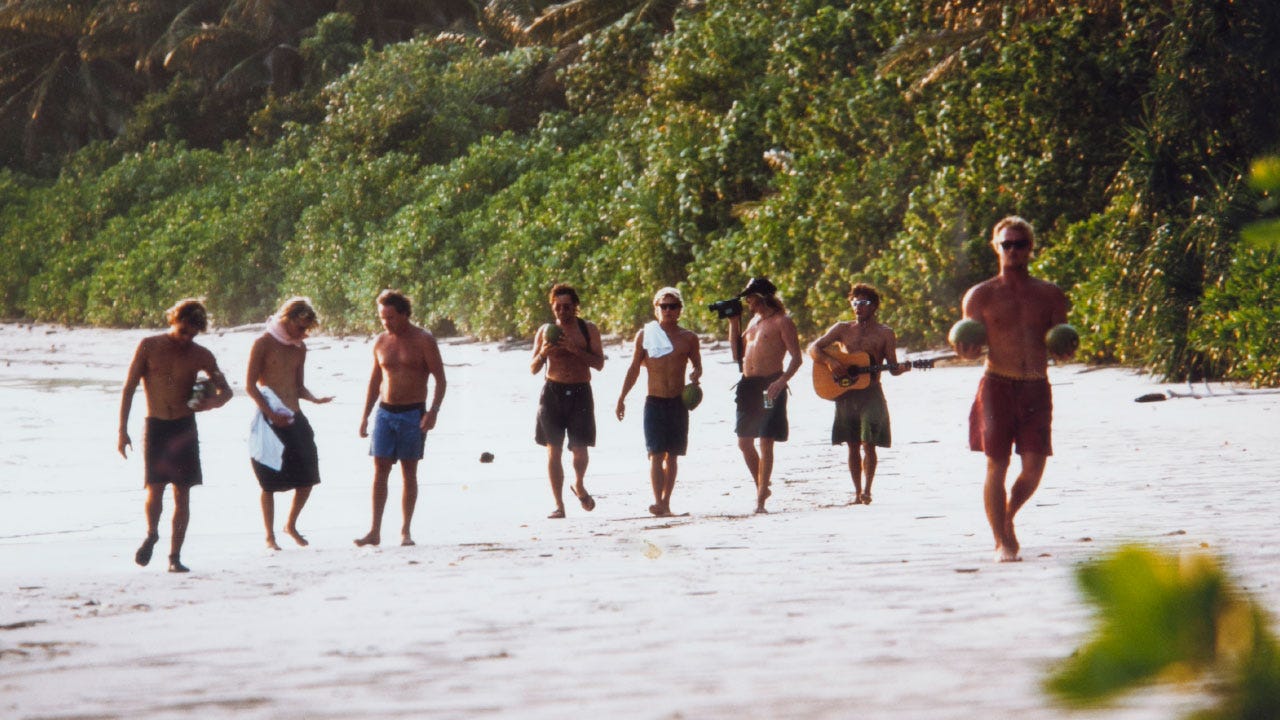 The ’80s ushered in an appetite for excess, greed and fast-paced hedonism. Fluro-boardies rocked the beach and the ASP took a new world-surfing tour to the planet. Contests equaled points and points equaled cash. At the time, Brian and Claw had many philosophical discussions about surfing culture. Staying ahead of the pack, and with a view to positioning Rip Curl in the fast approaching ’90s, they read the signs.

“We thought that after a decade of greed and money, money, money in the ’80s that people might reject that in the ’90s and in some way go back to some of the values of the ’70s,” said Brian. “And underneath we genuinely believed that the true spirit of surfing and the behaviors of surfers and what they really liked, had not changed all that much,” added Claw. At the time, the pair sought to test these ideas with advice from magazine editors around the world.

They believed that, through their readers, the surf journos were in touch with what was resonating on beaches around the world. Among others, they spoke with Steve Pezman and Jeff Divine at Surfer, Bob Mignona and Larry “Flame” Moore at Surfing, Bruce Channon and Hugh McLeod at Surfing World and Gary Dunne at Tracks and found general agreement with what the coming ’90s might bring. 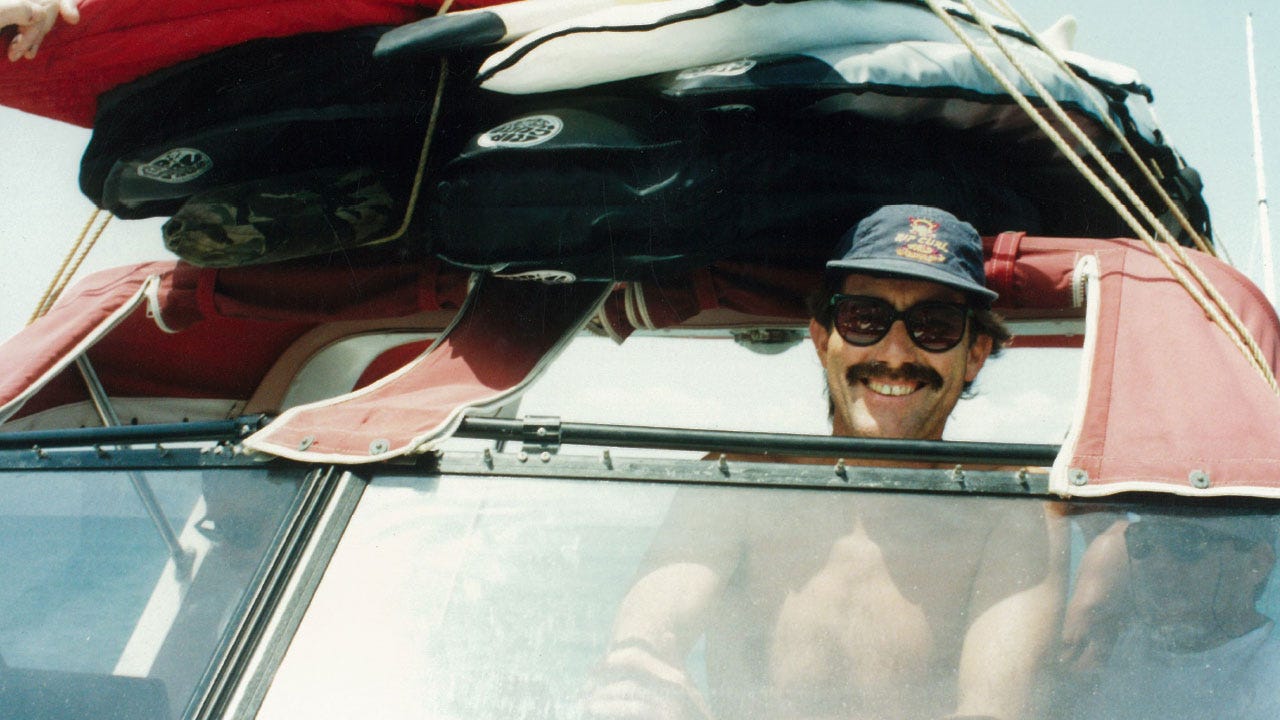 Amid all the surfing and piracy that comes with boat trips the name "The Search" was decided on as the best way of summing up what they were trying to say. "It was perfect. We had always been on The Search," Brian added. "We just didn't know what to call it until then!"

Returning to Torquay, they knew they had the right direction. Derek Hynd, Rip Curl's "surfer at large", helped brief photographers and subsequently conceived the "Search Sessions" idea. This was a bus of young surfers traveling the coast, picking up other young surfers and girls along the way and surfing it out on local beaches and having a party after. This evolved into Gromsearch, still an international series for groms today.

The first "teaser ads" depicting a new cryptic "Search logo" ran in February and March Tracks in 1992 (see left). They had learned the value of a teaser years before when they had shown surf films up and down the coast.

The "perfect lineup" Search ads followed with the idyllic settings depicted in the photos, connecting with surfers worldwide immediately.

Groms, young guys and girls and older surfers alike all knew what the feeling was and what it meant to dream from those images.

Sonny Miller's first Rip Curl film The Search – an Indian Ocean Sojourn was released and through surf shops worldwide and along with several more of his films became a series that still enjoy a cult following today.

The campaign went hard as the main advertising vehicle for the brand for the next few years and it has been a constant source of inspiration and brand communication since then.