72 of the finest junior surfers from around the country will battle it out in perfect waves at URBNSURF Melbourne for the prestigious title of GromSearch National Champion on Monday 6th March. Finalists from the recently completed Australian Rip Curl GromSearch series will be joined by wildcards from the #GromSearchOnline event to enjoy a day of perfect waves in the 2-hectare lagoon.

Competition resumed at Jan Juc for Day 2 of the Rip Curl Grom Search qualifiers with the competitors being greeted with a welcomed increase in wave size.

The Rip Curl GromSearch series started as a one-day surfing event at Victoria’s Jan Juc beach in 1999 and has developed to a worldwide series of events designed specifically for the 16 years and under surfer, commonly termed ‘grommets’.

The series is designed to provide fun events for groms to enjoy themselves and meet crew from around the country, whilst developing their competitive game. As athletes progress to finals the elite level of competition comes into play, with many previous GromSearch competitors going on to the WSL world tour.

The first GromSearch National final was held during the 2004 Rip Curl Pro, Bells and was won by Matt Wilkinson and Steph Gilmore.

The first GromSearch International final was held as part of the 2005 Rip Curl Pro, Bells Beach. Mason Ho won the boys ahead of Jordy Smith and Matt Wilkinson. 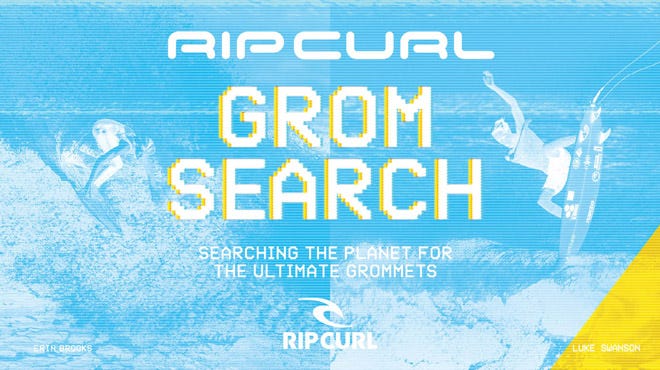 Multiple Locations across Australia
The Rip Curl GromSearch is a series of events built for the most important surfers in the world … the grommets! Rip Curl have been running the GromSearch since 1999 we want to continue to support the next generation of surfers with a fun and engaging series of events, at key surfing locations around the world.