Morgan Cibilic Cements His Spot on The Rip Curl Team for Another Three Years.

From Postcards From Morgs and the beginning of his maiden year on the WSL Championship Tour to today, Cibilic puts pen to paper and joins the A-Team for another three years. 2020 has been one unforgettable year for this Mereweather local.

On the 17th December 2020, overlooking Hawaii’s North Shore from the Rip Curl house balcony, Morgan Cibilic and Rip Curl have added another three glorious years to their ongoing relationship. Surrounded by Surfing’s most elite, it is a match made in heaven, aka Hawaii.

“Staying at the Rip Curl house in Hawaii is the best thing ever, we get to surf out the front at Off The Wall and we have so many resources around the world, like Kekoa in Hawaii, to coach - us which is pretty sick. I can't wait for the next few years; it's going to be amazing.” 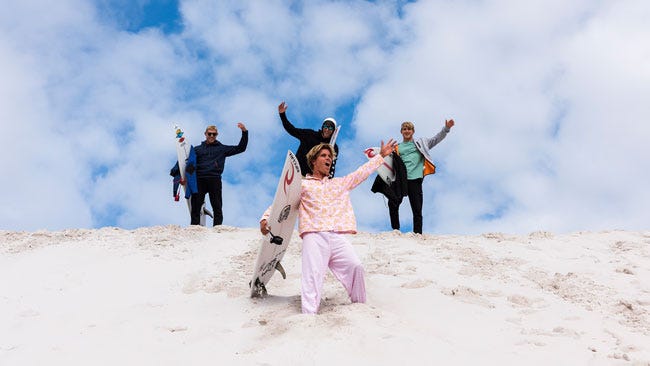 Morgan and Friends on The Search

Cibilic’s ongoing sponsorship comes as no surprise. Whilst the goofy-footer was relatively under-the-radar in his junior years, Rip Curl is pleased to continue the relationship which began in 2015 when he was a young and energetic 15-year-old. Since then, the energy has not faded, the enthusiasm only double… not to mention Morgan also added to his repertoire the 2019 Triple Crown Rookie of The Year. This accolade combined with a dream run on the European and Hawaiian leg of the QS that same year saw Cibilic jump 100 spots on the Qualifying Series ranking in just 12 months. An incredible feat that meant Cibilic had secured his position on the Championship Tour. This Mereweather local joined the big leagues.

Team Manager, Ryan Fletcher, mentioned during the signing process “We are really excited to be continuing on with Morgan for the next three years. With the 2020 WSL WCT Tour cancelled it was great to see Morg's really solidify his position in the elite team with productions like Postcards From Morgs, but with the 2021 WCT season underway I'm stoked to be able to continue to support Morgan through his Rookie year and beyond.”

“I’m really looking forward to seeing how Morg's surfing progresses. His rail game is next level for a guy his age and I can’t wait to see him continue to work and finesse his style further, and hopefully a few good surf trips in there as well!”Team Manager Ryan Fletcher

After almost a year spent searching and training in 2020, the WSL Championship Tour has kicked off again. Ciblic and Rip Curl have cemented the deal in-between heats and free surfs on Hawaii’s North Shore. After a strong performance in the seeding rounds Morgan will surf next in the round of 32. #GoMorgs

Welcome to the A-Team once again, Morgan. We’re psyched to have you on board and can’t wait to see what you get up to over the next three years.