The rising stars of the surfing world, the next World Champions. It has always been a fundamental focus at Rip Curl to support the next generation on their journey through the junior ranks as they each edge closer towards their dreams.

“Pro surfing and Searching for waves go hand in hand at Rip Curl. We have always known how important it is to recruit the next generation of surfers and help them on the career path they choose. That is the core.” said Neil Ridgway, Chief Brand and Marketing Officer at Rip Curl.

“To have such depth in the USA right now and to watch them grow and be happy surfing so hard brings a lot of good vibes to our brand and all our Crew around the world.

Who knows? We might have the next Tom Curren, Mick Fanning, Gabe Medina, Bethany Hamilton or Tyler Wright on our hands. They can only try, and we can only do our best to make sure they have fun doing it. I’d like to thank their parents and families for giving them the freedom to go for it.”

For Brooks, Spencer and Colapinto, their talent, ambition and humble attitudes has meant locking in for another three years was a no brainer. Rip Curl is thrilled to continue to support with the trio as they strive for their spot on the WSL World Tour.

So, get familiar with these three surfers. You’re going to be seeing a lot from them in the near future! 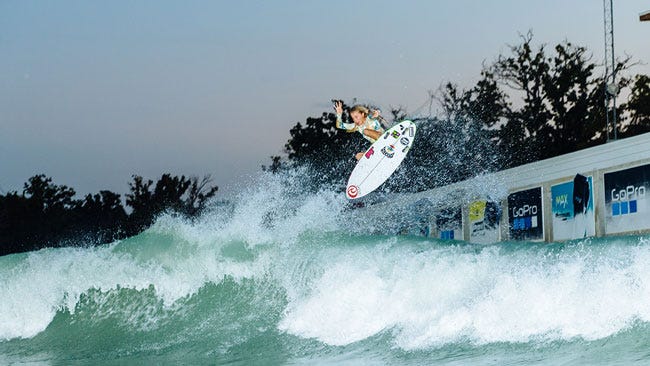 Best Known For: Blowing up the internet with her seemingly effortless air-reverses at the Waco Wave Pool and her countless breathtaking Indo barrels.

Joining the Rip Curl Crew in early 2020, Erin’s drive and progression has not gone unnoticed. This goofy-footer is a trailblazer for the younger generation of junior surfers, catching the attention of renowned surfers including Kelly Slater, Mason Ho and Bethany Hamilton to name a few. Erin has a lot of potential and Rip Curl is honoured to be supporting her for the next three years as she continues to raise the bar with new airs in the pool, bigger pits in the ocean and everything in between.

“This is a dream come true and I couldn’t be more excited. The Rip Curl Crew has been so amazingly supportive this past year and I feel so fortunate to be on a team with such talented surfers.”

What’s next for Erin?

“My daily goal is to work as hard as I can in and out of the water to be the best surfer I can be. My ultimate goal is to compete for championships on the WSL World Championship Tour. I still have so much to learn but I’m having fun and excited about the future.”

Best Known For: Turning heads since she began surfing at nine-years-old, her powerful frontside carve together with her sharp backhand placing her in good stead for future world title contention.

Spencer first joined the Rip Curl Team in 2014 when she was 11, seven years on and we are thrilled to extend this relationship for another three years as she continues to impress us with her dynamic surfing and focus. Only one spot away from qualifying for the WSL World Championship Tour in 2019, we look forward to helping her become the surfer she wants be when post Covid-19 competition resumes.

“This journey with Rip Curl has been amazing. I am very grateful to have had the opportunity to be a part of such a supportive company for the past seven years. It’s so awesome to have a long career with one single major sponsor because you build so many amazing relationships with people in the brand that become lifelong supporters and friends. The whole crew at Rip Curl has become family to me and I am very excited for these upcoming years ahead.”

What’s next for Alyssa?

“Within the next three years I hope to do a lot of traveling, progress on my surfing, and qualify for the WSL World Championship Tour. I've enjoyed my time at home with friends and family, but I am ready to get things going again! There are definitely a lot of unknowns for this next year of competition, but I am excited for these next couple years of surfing, traveling and competing once the world opens up again!” 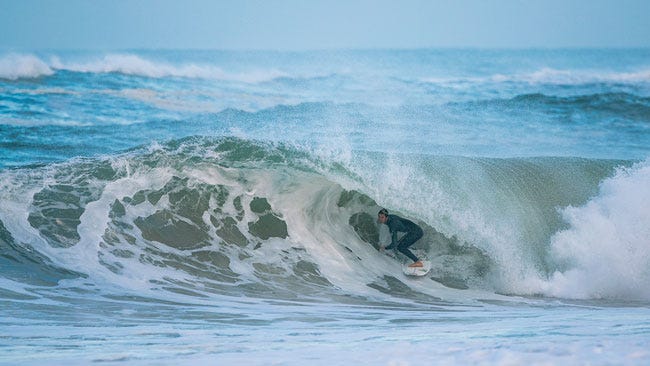 Best Known For: His world-class rail-game, adventure seeking nature synonymous with The Search, and a cheeky grin forever plastered on his face.

Crosby, or better known as “Crozz”, has been part of the Rip Curl Crew for the past 12 years, first slapping a sticker on his board when he was eight-years-old… adding another three years comes as no surprise. From charging waves of consequence in Puerto Escondido to Mexico to Indonesia to Pipeline, as well as demonstrating his impressive bag of tricks when it comes to airs when on his home turf, in Lowers.

“So I just re-signed with Rip Curl for another three years and I’m really excited because I’ve been with Rip Curl since I was eight-years-old, they’re like a family to me. It’s been great getting to know everyone in the company a lot better, I can’t wait for what the future has for me.”

What’s next for Crosby?

“Hopefully qualify for the WSL World Championship Tour within the next three years! I’m really excited for what the future has in store for me and for Rip Curl.”

Welcome to the Crew, again, Crosby, Alyssa and Erin.

We look forward to seeing you charge and one day come to the Rip Curl Pro at Bells Beach where you will always find a home.