Rookies aren't supposed to soar as high as Morgan Cibilic has on Championship Tour in 2021. And while the surf punditry waited for him to fly to close to the sun, event after event he just kept shining brighter.

Outside of Australia, Cibilic came into the 2021 CT season a relative unknown. The wave-riding world got its first good look at the 21-year-old Merewether native when Rip Curl dropped the film Postcards From Morgs in August of 2020. Featuring three-time World Champ Mick Fanning, Owen and Tyler Wright and others, it did wonders for the young man's profile, but did little to validate his spot on the elite CT.

The question loomed large, could Cibilic succeed at this level? After all, his one and only Qualifying Series victory came at the 2018 Mandurah Pro, a small QS 1,000 in Western Australia. There was no obvious indication that he'd be a world-beater when he jumped on Tour.

Having qualified for the CT in 2019, he was forced to wait for his Tour debut for a year due to the pandemic. By the time Cibilic finally made it to the Big Leagues at the Pipe Masters there was still nothing to indicate that he'd be in the World Title conversation at year's end.

But then, as events at Sunset Beach and Santa Cruz were canceled and a four-stop Australian leg was announced, opportunity swung Cibilic's way. His Title campaign officially got underway when he beat World No. 1 John John Florence at the Rip Curl Newcastle Cup and finished third in the event.

Critics figured it was just a flukey result, that he'd come back down to Earth soon enough. Then he beat Florence again at the Rip Curl Narrabeen Classic enroute to a fifth place finish, proving that this Aussie upstart had indeed arrived. 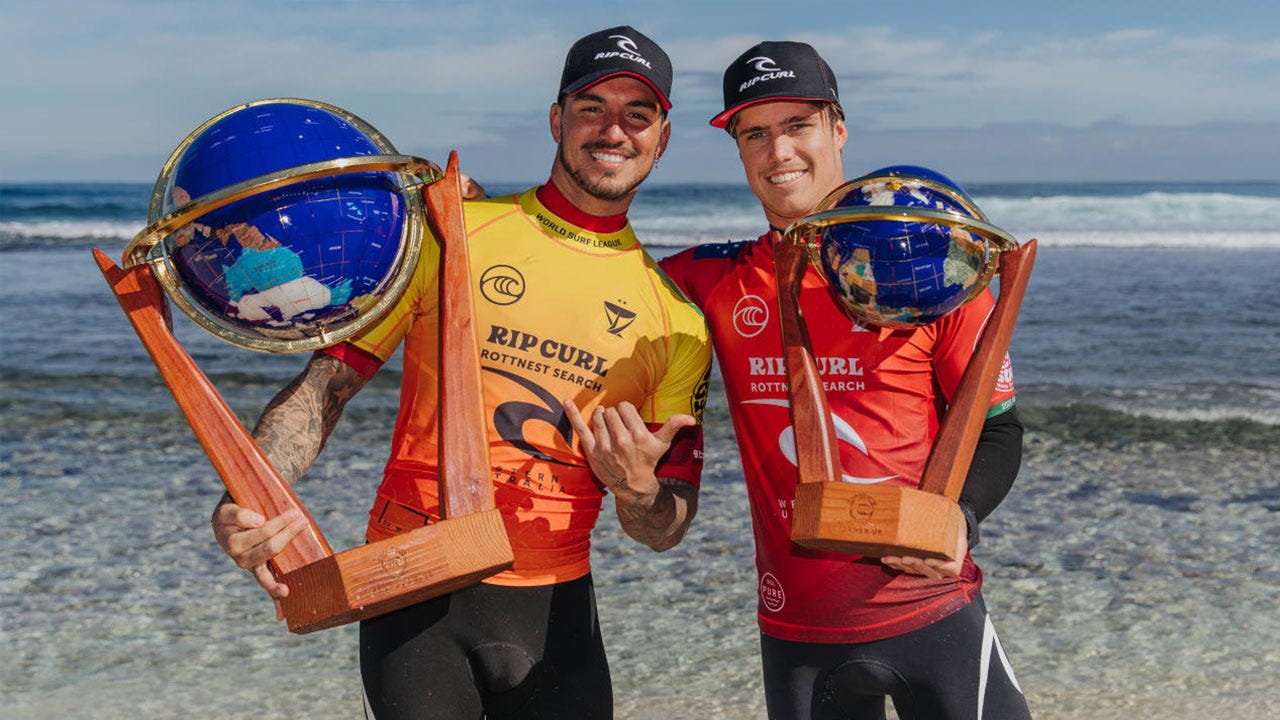 "It feels good to know I could back up my result at Newcastle," said Cibilic after beating the two-time World Champ from Hawaii in the Quarterfinals. "I know I have it in me, but it definitely feels good to have two wins over someone like him."

Saving his best for the last, on the homestretch of the Aussie leg Cibilic finished runner-up to Rip Curl teammate and the number one seed of the Rip Curl WSL Finals, Gabriel Medina.

"This feels unbelievable, to be honest," Cibilic stammered, surprising even himself. "If you'd told me I'd get a Quarterfinal, a Semifinal, and a Final finish from the four Australian events, I would have told you that you were tripping." 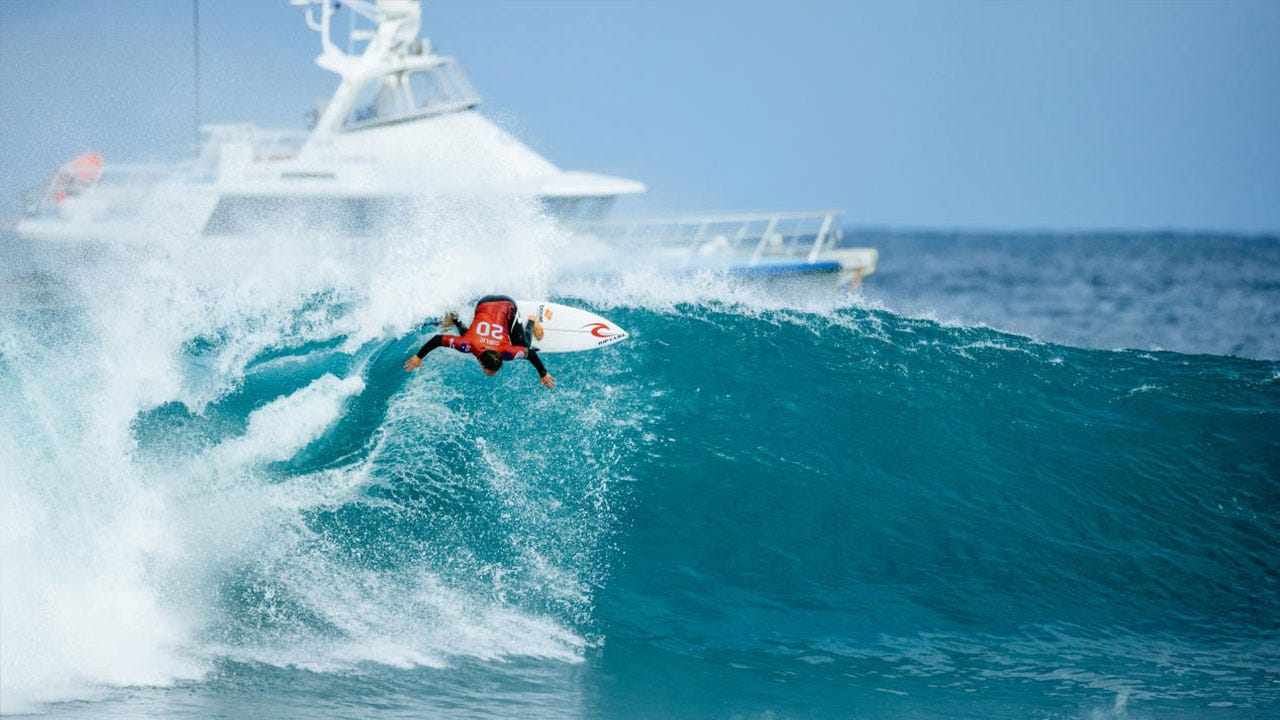 Cibilic rounded out his year with a pair of ninth-place results at the Jeep Surf Ranch Pro and Corona Open Mexico, losing to Italian Leonardo Fioravanti both times. Then, when the Outerknown Tahiti Pro was canceled and the 2021 CT season abruptly ended, the rookie found himself bound for the inaugural Rip Curl WSL Finals as the fifth and final seed.

Since then Cibilic has been posted up in San Clemente surfing Lowers regularly with local hero and World No. 6 Griffin Colapinto, who missed the opportunity to surf for a World Title in front of his hometown fans by one spot.

When the Finals kick off, Cibilic will face number four seed and Rip Curl teammate Conner Coffin. As the low seeds of the event, they'll be the first men to take the water when the action gets underway. The winner of that match will then go on to face number three seed Filipe Toledo. 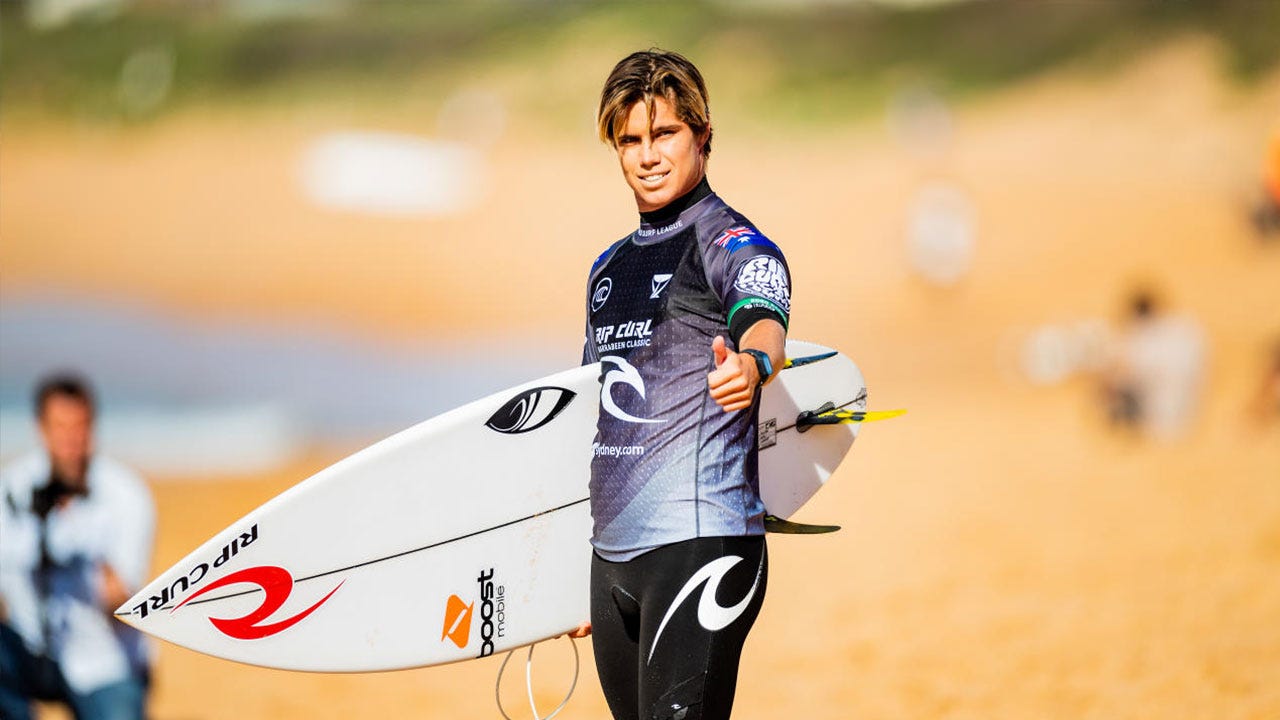 Should Cibilic go on and run the table and find a way to beat Medina in the Title Match he would become the first-ever men's rookie to win a World Title, as well as solidify his position as the new face of Australian surfing.

There's a lot of surfing to be done before that happens, but as Cibilic has proved this year, if you believe in yourself and are willing to put it all on the line, anything is possible.

Rip Curl WSL Finals runs from September 9-17, 2021 in San Clemente, California. A historic, one-day, winner-take-all race for the 2021 World Title, don't miss a second of the action at WorldSurfLeague.com